Most Recent Class of NASA Astronauts Consists of 50% Women

For the first time in history NASA selected women astronaut candidates as 50 percent of its newest class of astronauts. NASA announced the 2013 class of astronauts on June 17th during a Google + “hangout” broadcast live on NASA TV one day before the 30th anniversary of the first American woman in space—Sally Ride.

As part of that broadcast, IWASM, through our twitter account, @WomenintheAir, asked whether that percentage was a deliberate decision by NASA or happenstance.

NASA astronaut Janet Kavandi, Director of Flight Crew Operations and the person in charge of the selections, said “it was not by choice to take 50 percent women,” but these were the most qualified people. Kavandi said “it just turned out to be half men and half women.” She added that these astronaut candidates had tremendous qualifications. 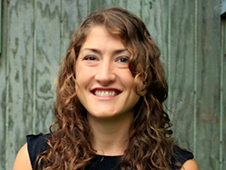 Christina Hammock, age 34, who hold bachelor’s degrees in electrical engineering and physics, a master’s in electrical engineering and she worked in x-ray detection at NASA’s Goddard Space Flight Center. She completed three scientific expeditions to Greenland and Antarctica. She is currently the Station Chief in American Samoa for the National Oceanic and Atmospheric Administration. 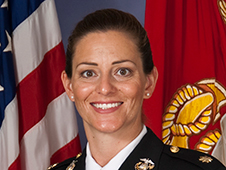 Nicole Mann, age 35, is a military test pilot with combat experience and holds a bachelor’s and master’s degrees in mechanical engineering. The Marine Corps major is now serving as an integrated product team leader at the U.S. Naval Air Station in Patuxent River, MD. She is also a scuba diver who was captain of the Naval Academy’s women’s soccer team. She is the first woman Marine to be selected as an astronaut. 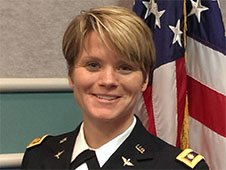 Anne McClain, age 34, is an Army helicopter pilot who earned a bachelor’s degree in mechanical engineering, a master’s in public health and a master’s degree in international security. She was a member of the U.S. National Women’s Rugby team, flew combat missions and is a recent graduate of the U.S. Naval Test Pilot School. 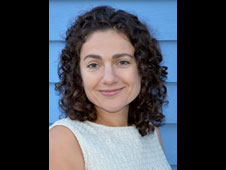 Jessica Meir, age 35, is a civilian scientist who has a bachelor’s degree in biology, a master’s degree in international space studies and a doctorate in marine biology. An aquanaut and under-ice diver, Meir has done fieldwork in Antarctica and is currently an assistant professor of anesthesia at Harvard Medical School.

The new astronaut candidates will begin training at NASA’s Johnson Space Center in Houston in August. Kavandi said that three of the eight candidates had interviewed to become an astronaut before and the rest were interviewed for the first time. She also said that each person is “chock full of talent” and comfortable in different countries and cultures as many are scientists who have deployed to extreme environments and experienced uncomfortable physical conditions. In addition, Kavandi explained that all these astronaut candidates had common personality traits of persistence, determination and passion.