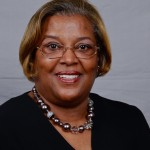 The Board of Directors of the International Women’s Air and Space Museum (IWASM) recently announced the appointment of Barbara A. Williams as the Interim Executive Director of the museum located at Burke Lakefront Airport.

“We are so pleased to have Barbara on board as our Interim Executive Director,” said IWASM Board President Connie Luhta. “She has been involved with the museum for many years, previously serving on our board and as the Director of the Nikki Kukwa Memorial Aviation Camp. She brings a wealth of knowledge and experience to this position and we look forward to her continued work with the museum in this new capacity.”

Barbara has received the National Partnership for Reinventing Government Award, known as the “Hammer Award” from former US Vice President Al Gore. In 2010, Barbara was featured in the IWASM 100 Ohio Women in Air & Space Exhibit, honoring trailblazing women who made their mark in aviation and space history and celebrating the 100th anniversary of American women in flight. Barbara retired from the FAA in 2006 with 36 years of service and 40 years of government service overall.

Barbara continues to mentor young people in aviation and STEM careers through a variety of programs and remains active in her community as a member of The Links Incorporated, Western Reserve Chapter and the National Coalition of 100 Black Women, Greater Cleveland Chapter. She is a member of Eastview United Church of Christ.

“I am extremely honored and humbled to have been given this opportunity to advance the mission of an institution like IWASM for which I have great passion and affection,” said Barbara Williams. Additionally, I look forward to building stronger relationships with the people and organizations here in the city of Cleveland and across the country.”

The International Women’s Air and Space Museum is located in the terminal of Burke Lakefront Airport, only seconds from the Rock and Roll Hall of Fame and Museum and the Great Lakes Science Center. The mission of IWASM is to preserve the history of women in aviation and space and to document their continuing contributions today and in the future. In 1986 the museum opened in Centerville, Ohio. IWASM was welcomed by the City of Cleveland, Ohio in 1998, where you will find their home at Burke Lakefront Airport. Exhibits are in the lobby at Burke, as well as the west concourse, and are accessible seven days a week.